Serhiy Tron, one of the most famous Ukrainians in the global cryptocurrency market, the owner of the global digital asset mining company White Rock Management (WRM), announced plans to open a new data centre in the US state of Wyoming. Currently, the WRM office operates in Texas near Houston.

Serhiy Tron started a business in the field of information technology only eight years ago. However, during this period, his company has made investment in IT, logistics and the energy industry. Today, White Rock Management has offices in the United States, Canada, Sweden and Kazakhstan.

The representative office of the Ukrainian company in the United States is located in the Brazos Valley of Texas, which is currently a place of global pilgrimage for cryptocurrency miners. Although until now, the state was better known as the birthplace of the American shale revolution in gas and oil production in the early 2000s.

That is why, WRM decided to combine the traditional economic potential of Texas with the technology of the future. Thus, a by-product of oil production is flare gas formed during oil separation. Most often, it is simply burned. The Ukrainian company will use this gas to generate electricity to mine cryptocurrencies. 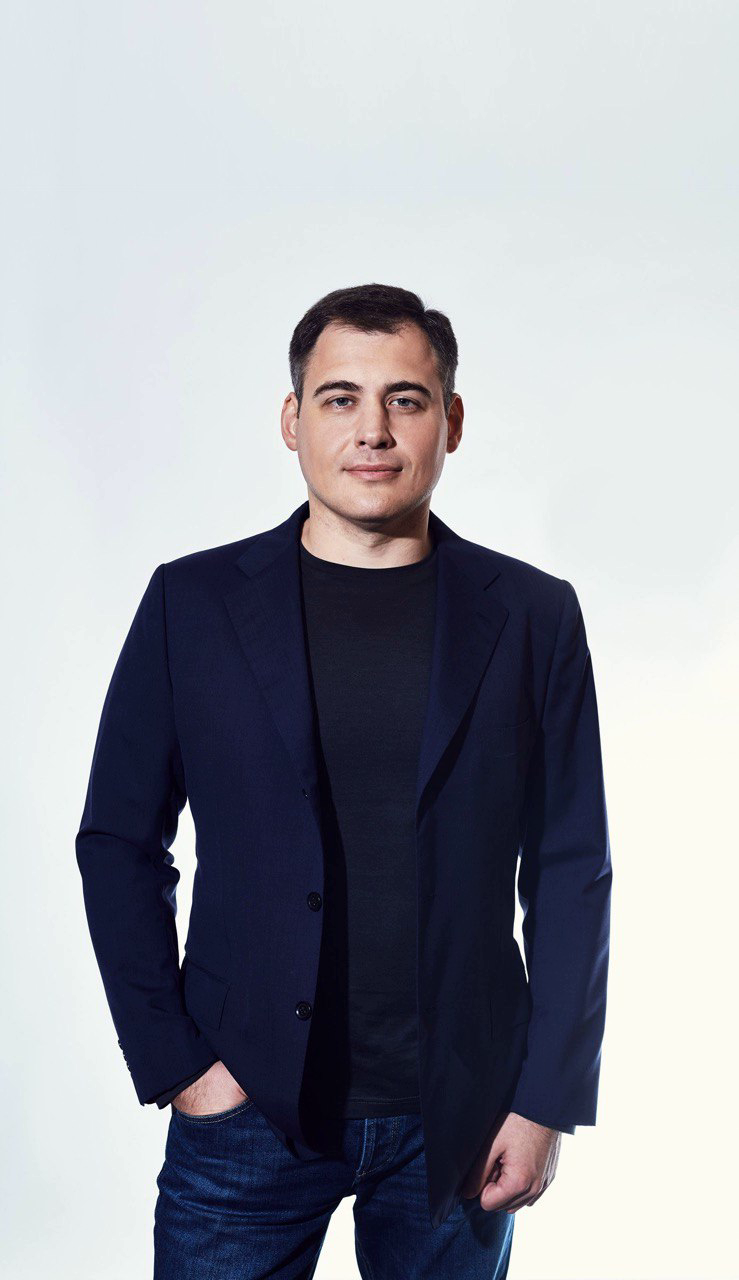 "The company is our first, but not our last, project in Texas. All of them will use waste gases from oil wells, turning former waste into an energy source. This approach is environmentally friendly, reduces carbon dioxide emissions to the atmosphere and strengthens White Rock Management's position in the global digital asset mining industry," explained Serhiy Tron.

It is worth noting that according to a study by the World Bank, in 2020, flare gas burning on the planet reached 150 billion cubic meters. By comparison, the volume is equivalent to the annual consumption of natural gas in all countries in sub-Saharan Africa.

Thus, combustion products of more than 400 million tons in CO2 equivalent enter the atmosphere of the planet annually. As a result, not only valuable resources are wasted, but also damage is inflicted to the environment due to emissions of methane and sooty carbon.

Serhiy Tron has long and consistently supported development of ‘green’ business. He is convinced that when constructing modern data centres alternative energy sources should be used. Among them is flare gas, which now benefits.

Recently, Serhiy Tron announced the opening of a new data centre of the company in Wyoming. This time, the representative office is created at a distance of more than 1600 kilometers from the Texas office of White Rock Management.

The choice of a new location is also not accidental. Primarily because of Wyoming's progressive power. In particular, in the summer of 2001, Cynthia Lammis, the senator from the state, opened the Caucus (a meeting of supporters) of financial innovations in the US Senate. According to her, the aim of the event was to enhance America's leadership in financial technology and digital assets. 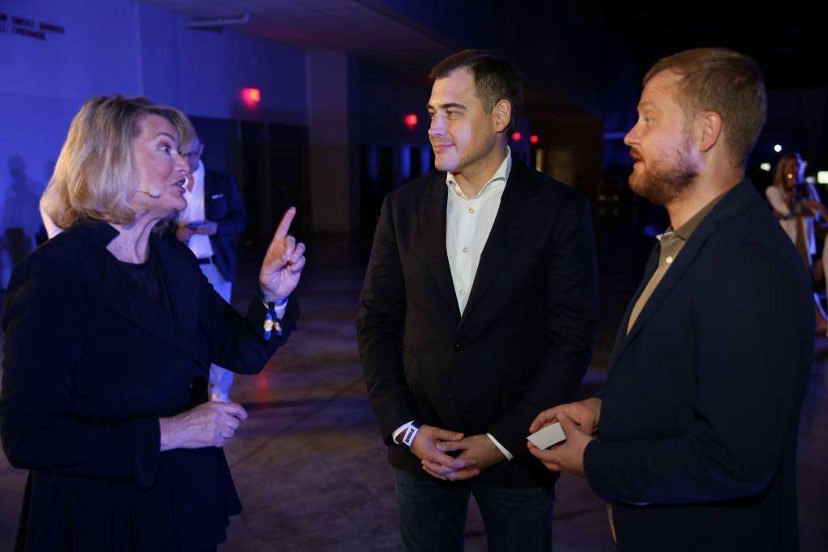 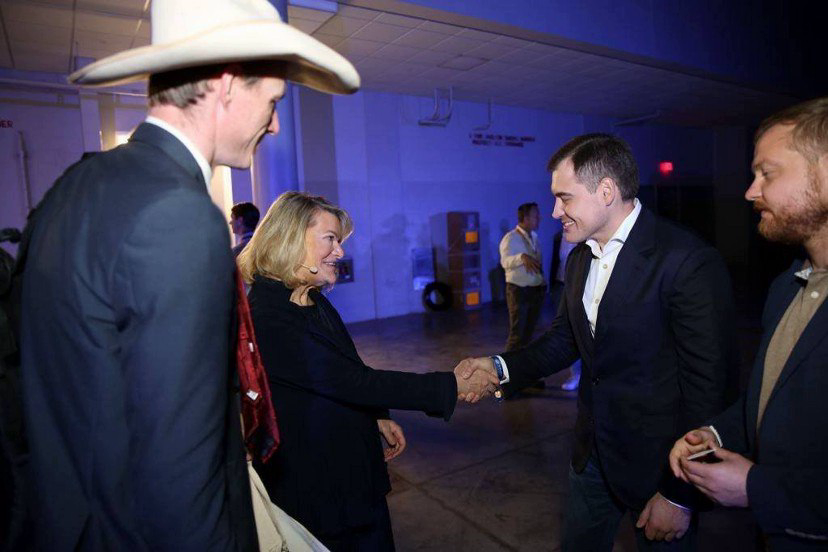 Indeed, since 2018, Wyoming has passed a series of laws that turned the state into a favourable place to build digital assets and blockchain businesses. For example, state authorities have authorized the creation of a new type of bank specifically for digital assets, which safely integrates them into the financial system.

“Blockchain technology can be used for many things, but one example in Wyoming is supply chain management. Today, ranchers are using a blockchain for cattle farming to enable consumers to track the steak they are eating "from conception to consumption." You can find out which bull your fillet came from, whose ranch it was, the butcher, and this brings ranchers higher prices. In the future, this technology can also help reduce the time it takes to make money transfers or pay your salary,” Cynthia Lammis wrote on her Facebook page.

Decentralization and blockchain as a strategic path of development

In early June 2022, Serhiy Tron attended the presentation of the draft law “On Regulation of Cryptocurrencies” in the US Senate, which was presented by Cynthia Lammis. The senator is convinced that the foundation of any success of countries or territories is created by fruitful cooperation between the authorities and innovative entrepreneurs, supported by their common understanding of the need to introduce new technologies in order to make a technological and economic leap.

The example of Wyoming only confirms Serhiy Tron’s opinion that within the global elites, a new stratum of people is currently emerging. They realize the world’s radical changes in the near future, decentralization and blockchain being the basic components of the process.

"Data storage, security, independence, speed, low commissions and decentralization of all processes are basic characteristics of the ways of civilization development. These changes will actually raise the issue of increasing electricity costs, but the path of further integration of blockchain technologies into everyday life is inevitable. Legalization and introduction of new technologies at the national level is a strategy for future free markets. It opposes the ‘Soviet’ strategy of suppressing basic freedoms, seizing foreign territories and militarization. After all, the strategy of the future always defeats the strategy of the past," summed up the investor.

The importance of success of the Ukrainian innovative business, one of the representatives of which is Serhiy Tron, cannot be overestimated in the United States. Today, Ukrainians successfully resist the remnants of the Soviet empire with its outdated strategies for building society. Things that would seem impossible in the XXI century emerge. For Ukraine, it is significant, along with its success on the battlefield, to introduce breakthrough technologies in the country whose leadership in innovation is currently undeniable. 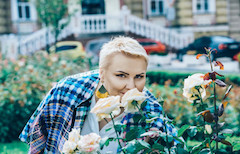