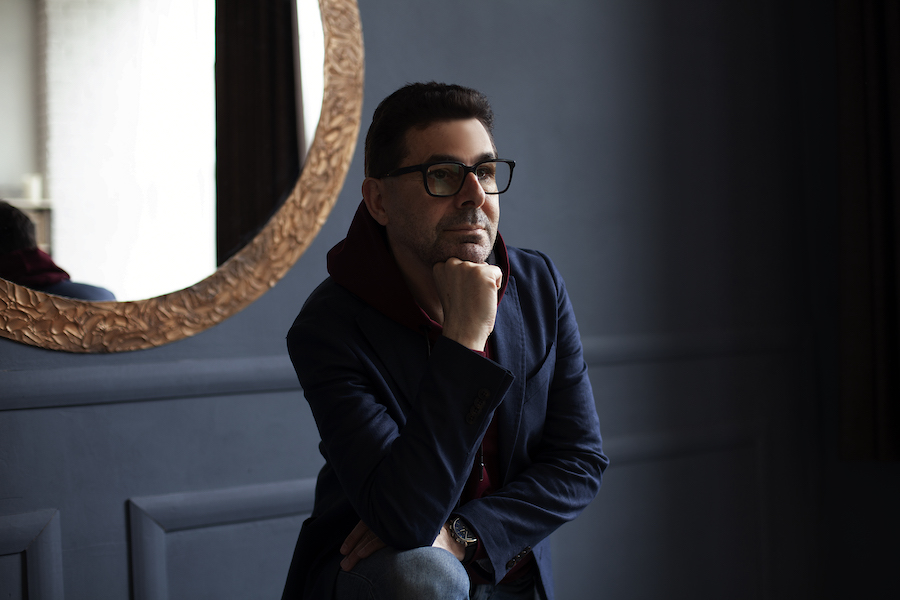 Reviews of Rudenko’s “Zelensky” were written by leading media: The Guardian, The Economist, The Times, The Sunday Times, Spiegel, The New York Times, etc. 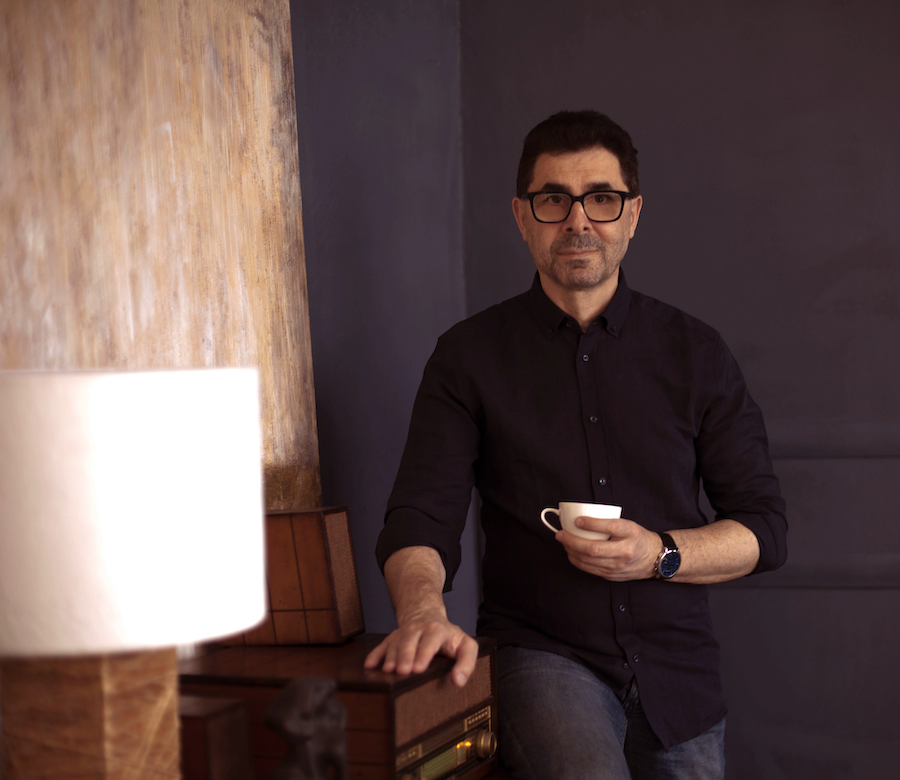 In 2022, the whole world learned about Serhii Rudenko’s book “Zelensky Without Make-Up”. Photo by Olena Cherninka

This is not the author’s first book. Previously, his books about the teams of Viktor Yanukovych, Viktor Yushchenko and Yuliia Tymoshenko were published. But “Zelensky Without Make-Up” is beyond all doubt the most successful project to date by Serhii Rudenko which conquered the whole world.

Born on October 14, 1970 in the village of Stetskivka, Sumy oblast. It is 40 kilometers from the border with the Russian Federation.

Serhii’s mother, Lidiia Vasylivna, was a village teacher of Ukrainian language and literature. His father, Valerii Mykhailovych, worked as an electrician in a state farm.

In parallel with his studies at the secondary school, Rudenko studied at the art school of the city of Sumy. In 1985 he became the winner of the All-Union Art Competition dedicated to the 40th anniversary of the Victory over the German Fascists. 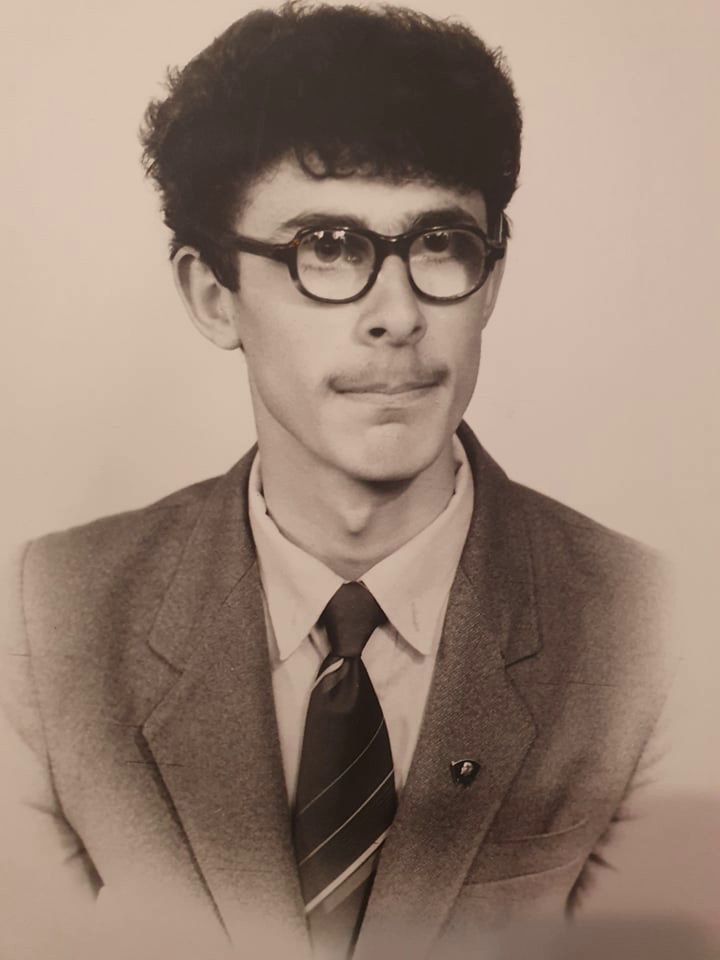 In 1987 he graduated from secondary school and entered the Faculty of Journalism of Kyiv State University named after T.H. Shevchenko.

Career: work in a newspaper, on the radio and on television

In 1992, after graduating from the university, he worked as a correspondent for the newspaper “Dobryi Den” (Sumy).

From 1993 to 1996 – journalist of the newspaper “Radoslav”, magazines “Viisko Ukrainy”, “Dilo”, collaborated with the German agency “M2-Agentur”, media outlet OstInvest.

From 1996 to 2002, he was a correspondent of the Ukrainian Radio Svoboda service. Afterwards he worked as an editor of the policy department of the weekly “Dilovyi Tyzhden-FT”. 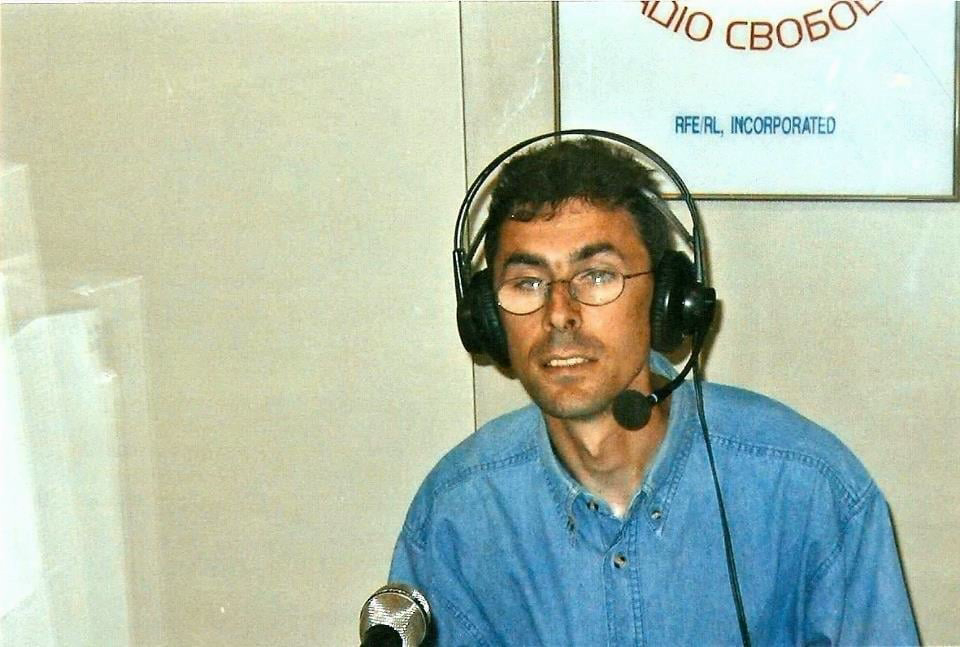 1999. Serhii Rudenko at Radio Svoboda studio. Photo from the archive

Since 2015 – chief editor of the Espreso site, Espreso TV presenter. 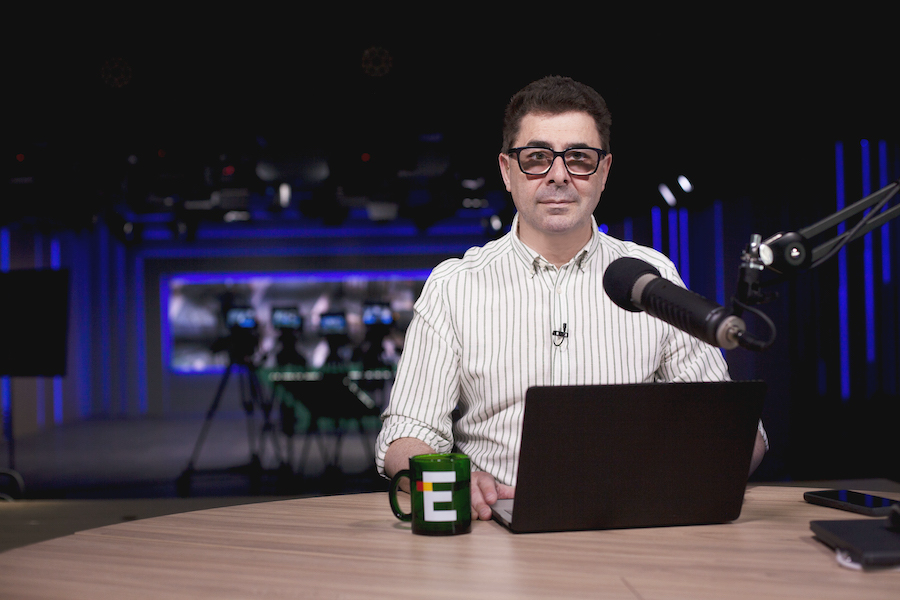 Author and presenter of the programs “Dossier with Serhii Rudenko”, “Politics”, “Debates”, “Verdict”.

In 2008, together with partners, he founded the book portal “Bukvoid”.

“Zelensky Without Make-Up”, the world’s first book about Volodymyr Zelenskyi

In 2020, Serhii Rudenko wrote a book about Zelenskyi. As the author confides in numerous interviews, he was interested in learning the maximum about the sixth president of Ukraine. “I was collecting Zelenskyi’s profile. And at some point I realized that this could be interesting to other people. That is how the idea of publishing a book about the president was born,” he says. 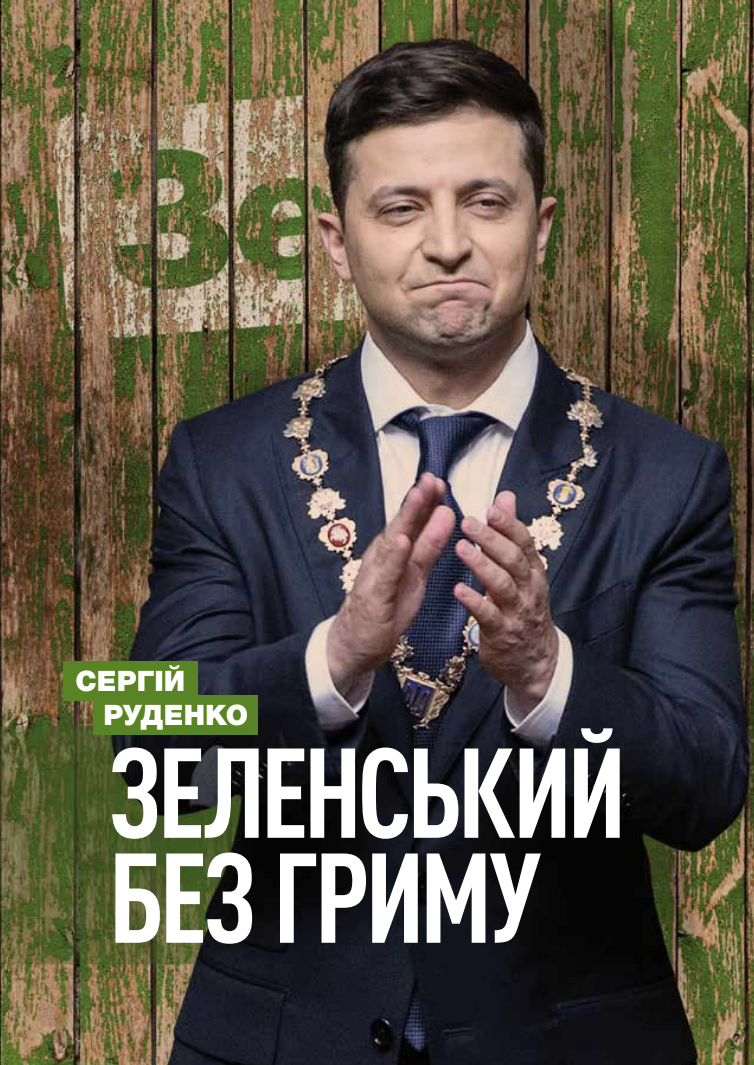 After the project was completed, Rudenko at his own expense funded the preparation and publication of the book, which saw the world in January 2021 in the “Summit Books” publishing house.

In March 2022, Serhii Rudenko received an offer from the German agent Thomas Wiedling to publish a book in Europe. An updated version of the book was presented to Western publishers in April. The right to its publication was bought by publishing houses from 24 countries.

The first translation was released on May 10, 2022 in Portugal. 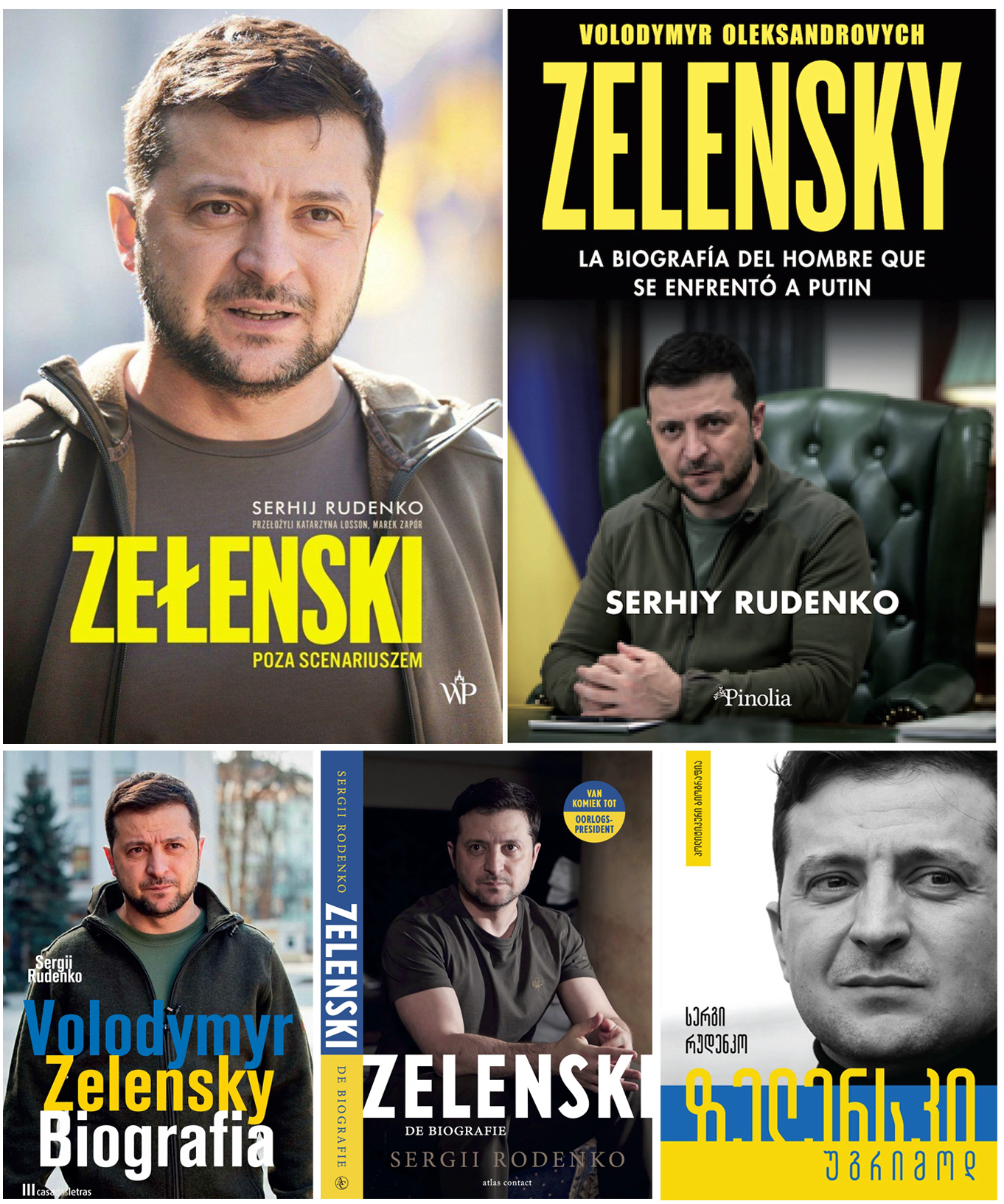 The first translations of “Zelensky Without Make-Up” in Poland, Spain, Portugal, the Netherlands and in Georgia

On May 18, the book appeared in Holland.

On May 30 – in Poland (together with the Ukrainian version). 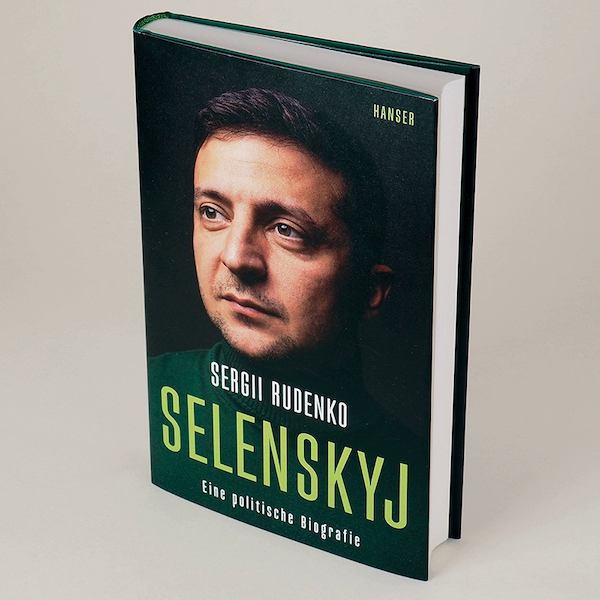 In Germany, Serhii Rudenko’s book was published in the famous Hanser publishing house

Since then, dozens of publications about the book and the author’s interviews have been published in the press.

“I am not Zelenskyi’s biographer. And I never sought to be one. I just wrote a book about the sixth president of Ukraine when no one believed that in 2022 he would become one of the main figures in world politics,” Serhii Rudenko says. He then adds, “Unlike other books about Zelenskyi sprouting in the West like mushrooms after the summer rains, in my book there is the real Zelenskyi. No make-up. The way he was before going to politics. The way he has become in three years of presidency.”

Books about the entourage of Tymoshenko, Yushchenko and Yanukovych 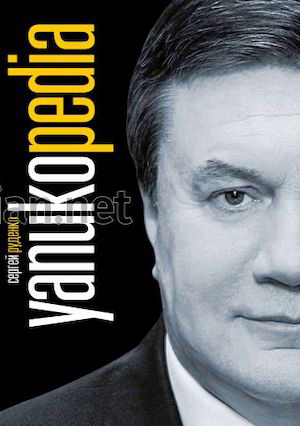 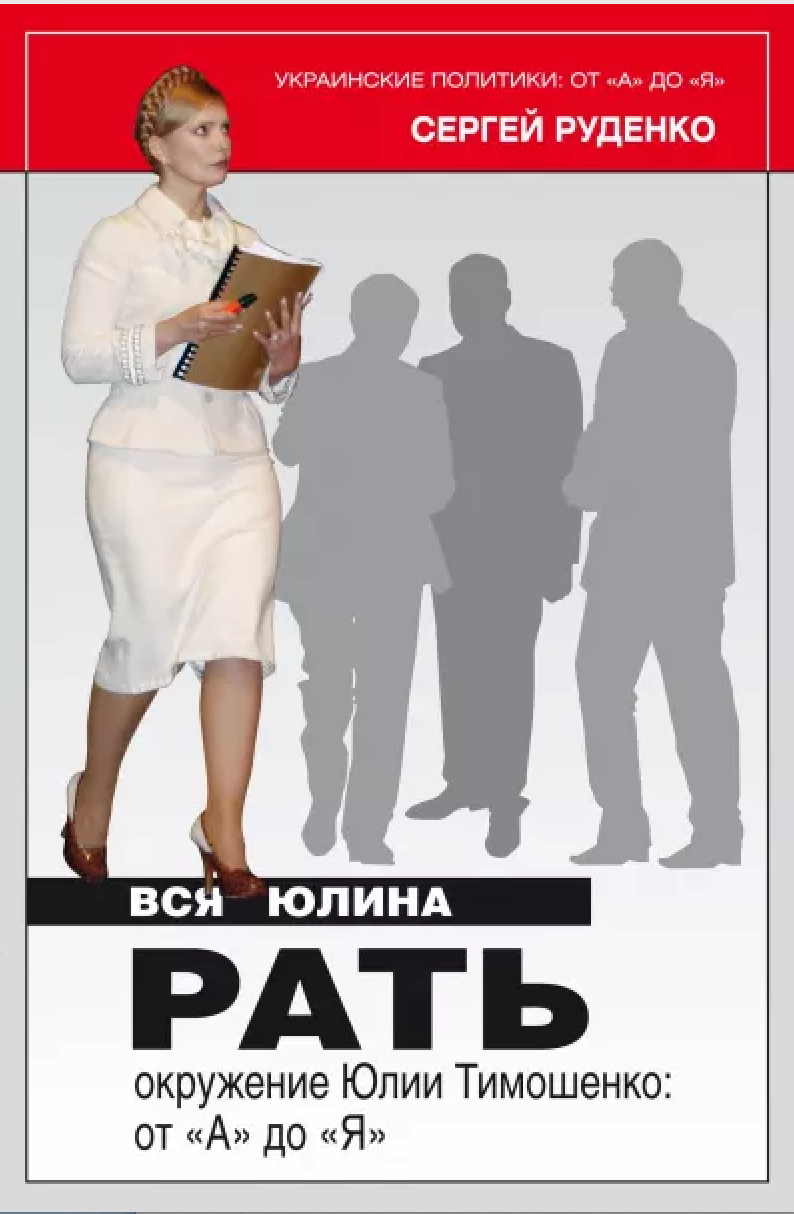 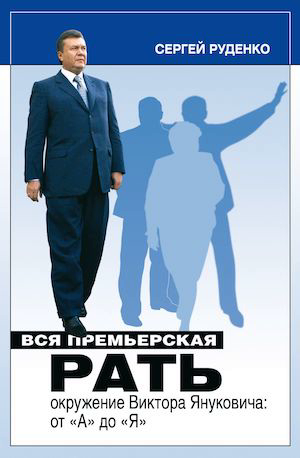 Author of a series of books about Ukrainian politicians:

“All the President’s Men. Viktor Yushchenko’s entourage from A to Z” (Kyiv: Summit Books, 2007);

“All the Prime Minister’s Men. Viktor Yanukovych’s entourage from A to Z” (Kyiv: Summit Books, 2007);

TOP 20 “Best Ukrainian Book 2008” (according to the magazine “Korespondent”): “All the President’s Men”, “All the Prime Minister’s Men” and “All the Yuliia’s Men”.

In  2009, the book “Government of Yuliia Tymoshenko” was recognized as one of the best books according to the magazine “Korespondent” (3rd place in the nomination “Opinion journalism”).

In August 2022, the German translation of Serhii Rudenko’s book “Zelensky Without Make-Up” became a bestseller on Amazon and entered the list of bestsellers according to the Spiegel weekly (31st position). 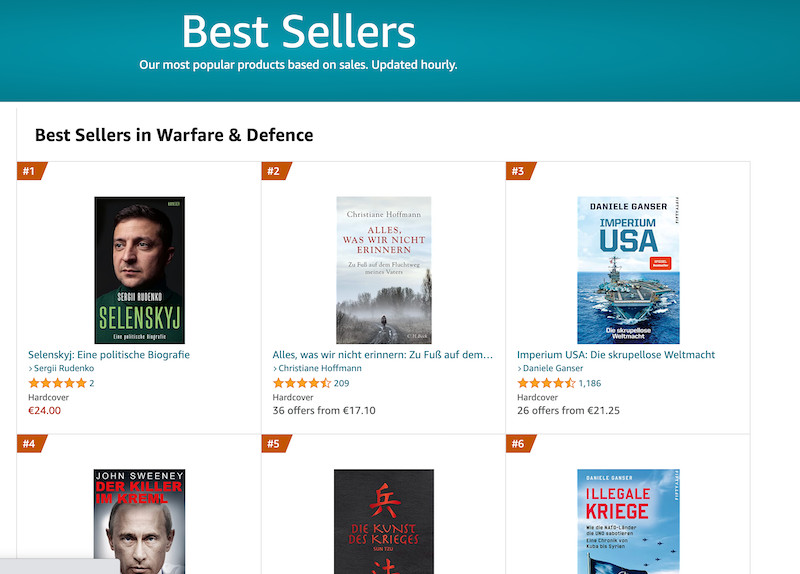 On July 31, 2022, Amazon users opted for the book by Serhii Rudenko

Since 2021, Serhii Rudenko has been leading his own channel on Youtube, to which 58 thousand viewers have already subscribed.

Zelensky: A Biography by Serhii Rudenko review – from voice of Paddington to global giant, The Guardian, 26.07.2022

The first English-language biography of Zelensky reveals what Ukrainians really think of him, The Telegraph, 27.06.2022

Zelensky: A Biography by Serhii Rudenko review — provincial joker, defender of the free world, The Times, 5.07.2022

Different Zelenskys: the story of a man who opposed Putin, El Independiente

From comedy to war: Zelensky’s ascent to the year’s most admired leader, The Sydney Morning herald, 5.07.2022